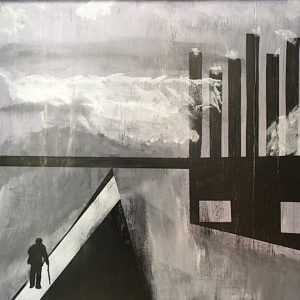 America’s Labor Day has morphed beyond the usual public time off — picnics and other respite — that recognizes workers. Now it is also 24 hours of heightened uncertainty. There is worry over whether the job you have now, if you are working, will be there next year. And if the part-time spot will ever turn into full time. And if health benefits will continue, if they exist. Pensions? Forget them — they have largely disappeared. Instead, you go it almost alone with a 401K, without much help from employers, and you will probably deplete that long-term investment to pay bills along the way. Retirement may mean poverty. Then there is the Covid decimation of life, economy and hope.

Yet past Labor Days have been tough, too. The Great Depression brought extreme unemployment, and some men held no job until they were drafted for World War II. That conflict ended the economic malaise, and America, not battle-ravaged Europe or Asia, was ready to restart civilian goods factories. Times boomed and prosperity brought us suburbs, super highways and a large middle class. Enduring the deep, dark hopelessness of the Depression and a number of recessions in every decade since were part of the trudging journey.

Today, just a little more than a decade after the nation narrowly avoided another depression in the irresponsible greed of the mortgage/banking crisis, our jitters, the undermining of confidence in the American Dream, are bone-deep. We trudge again.

The light at the end of the tunnel is remembering that America, our great America, began long before the Boston Tea Party, Lexington and Concord and the Revolution. It grew from the footsteps of those men, women and children who landed at Plymouth Rock and in the Virginias and then spread in every direction, especially west, which metaphorically is our never-ending frontier. The self-reliance, independence and  ingenuity, the can-do, survival, make-it-happen attitude set us apart from old Europe. Our Declaration of Independence celebrates all this in stirring, inspired language that defines the ground rules for government of the people, by the people, for the people. But how many of us in this increasingly politically polarized country know of and understand the “experiment” in democracy begun by our founders? The January 6 attack on the nation’s Capitol is proof of ignorance.

We must admit to terrible racism, the horrors of the Civil War, mistakes like the World War I Sedition Acts and the 1940s internment of the Japanese, and, most of all, the long-ago forced relocation of the only people in this nation who do not need a Green Card — our Native Americans. Yet the instruments of our success, the intent and fulfillment of at least some bedrock principles in Declaration and the Constitution, have also righted many wrongs while so many others await remediation.

It is in America’s greatness, in its original intent, derived from the DNA of its peoples, native and immigrant, that our oratory can steer us straight once again. Lincoln’s Gettysburg Address and the Rev. Dr. Martin Luther King’s “I Have a Dream” speech were born of us all.

So, on this workers’ holiday in our great America, we recall the beginning and know our source of strength, purpose, direction. This is a worrisome Labor Day, with a disappearing middle class and all that means for economic stability and progress; with a worldwide killing virus that has battered families, economies and hope; with the threat of more war; with Washington polarization seemingly set on party ideology but truly well-directed by greedy, even sinister special interests. We Americans must again be revolutionary and demand of the government that is us, that it truly be us once more.

The writer is a retired newspaperman.