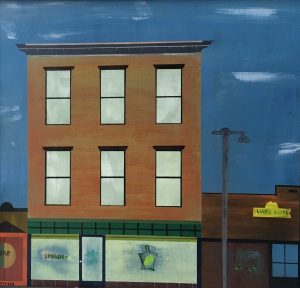 NYACK, N.Y. — It has been a long time since I haunted Main Street as a shopper in this forever charming village north of New York City, a place never to be confused with Gotham. It has its own vibe — it’s not the city nor suburbia, which have their own great haunts.
Once, my parents shopped here, back when there was no suburbia nearby and downtowns were meccas with a bunch of shoe stores, several pharmacies, two five and dimes, hat shops, dress shops, a bakery, meat stores, small supermarkets and a soda fountain to relax in after hours of shopping.
But “progress” came, with strip shopping and malls and loads of cars on the roads. Downtowns could not compete.
Now, as online shopping threatens to similarly retire what progress wrought, a gentle walk through a village like Nyack takes you deja vu all over again. Some stores are back, some never left, like Koblin’s, a famed pharmacy.
I was in search of holiday cards and a watch battery. Found all four at Koblin’s and then went up Main to Herb Lack Paints, a hardware store, to buy an electrical switch that the big-box outlets have, too, but which was so much easier to pick up by just walking a few steps from one village store to another.
Herb Lack was once owned under another name, and as I gave the present people my money, I noticed I was standing above the same counter where so many years ago I had a key made to the front door of the original Journal-News at 53 Hudson where I would work for 42 years.
There was a warm feeling doing this Nyack walk, recalling when my parents shopped here with my brother and me in tow. I also remember others flooding the streets of Nyack, including a special friend who always did her Christmas shopping there with a stop at the old catacorner card store at Main and Midland. Then there is the present long-distance  correspondent who would leave rural Congers to weekend shop in the big village of Nyack.
I am guilty of not shopping enough in the Nyacks of my life, instead rushing off to the big mall or now online. I assisted in their decline and/or downsizing.
But the Nyacks are there, and is it ever so peaceful and fulfilling to mosey about.