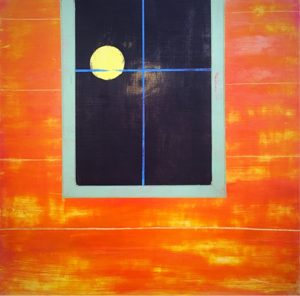 Amidst the world’s troubles, a reassuring sight on a train: A busy mom, returning with a three-year-old from a trip to Gotham, him jabbering away, calling for “Mommy, Mommy” as she checked her smart phone. He tugged at her jacket, too.

As in time memorial, the young have pulled at mom, the invisible umbilical cord still connected, the nurturing of human nature. Reassurance is what the child wants as he/she calls out “Mommy.” There must always be an answer.

And there was on this train. It was obvious that the little fellow had enjoyed his day in New York but that he was also wound-up, fidgeting and tugging a bit extra, Mom noticed, instinctively pulling from her bag of necessities and tricks a book. Down went the smartphone and out came one of many, many, many books about children and the moon. “We will read,” said mom.

As instinctively, the little one cozied up next to her and listened as mom described another young person’s fascination with that far-off object, of which dreams are made and to which mothers across the globe shoot a string of words that come back with such soothing cadence that no three year old can resist falling asleep. Maybe some adults, too.

And that’s just what the little boy did, his face buried in mom’s lap once again.

All was right in his world.

The writer is a retired newspaperman. ahgunther@yahoo. com or thecolumnrule.com