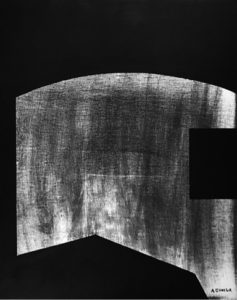 There’s this tunnel thing because we all go through them at least once mentally, physically, romantically. Countries do, too. So does anything organized, such as religion. Ah, but is the journey welcome?

Might have no choice about that. You are on the train, just like in the British mysteries, and as the steam and smoke of the locomotive first hit the tunnel entrance and pull you into the dark, you wonder how long you will be there. Do you breathe differently? Does your heart race?

One thing you seem certain about in most such moments is that there is a light at the end of the tunnel. The flickering emergency train incandescent bulbs go out, and you see the countryside again. (Unless you are in the mystery, and “then there were nine …).

If you are from the New York City area, there is another metaphor in the Brooklyn- Battery Tunnel, the longest, continuous underwater vehicular passage in North America. Children adapt it for a game with siblings — holding your breath from the famed Gotham Battery to the traffic-clogged Red Hook section of Brooklyn, a three-minute ride at 40 mph.

We have tunnels in our dreams, which some interpreters see as facing fears and emerging victorious — the light at the end. Those who report near-death experience speak of tunnels that tumble you to glory, hopefully.

“Alice in Wonderland” offers a rabbit hole that becomes a tunnel lined with objects and things. It leads to the Hall of Doors and so much adventure.

My own view of a tunnel is that it is perfectly black and dark so as to reset our eyes for the full wonder of color when we emerge. Doors leading to opportunity.