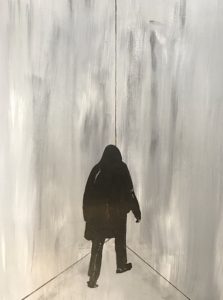 In the 1939 political comedy/drama, “Mr. Smith Goes to Washington,” the naive but principled Jefferson Smith (James Stewart) is supposed to be a do-no-harm bumpkin replacement for a deceased U.S. senator from an unnamed western state who will not interfere with wheeling and dealing. Instead, he proves to be the American eagle who soars above impacted greed and graft to remind us of higher ideals.

This classic by director Frank Capra gets the point across by involving the freshness and promise of youth (boy rangers), human kindness (the encouraging Harry Carey, Senate president) and the re-born (all-business political operative Jean Arthur).

War is just beginning in Europe, and its growing shadow is heading toward America, the Great Depression is still on, and democracy’s values are questioned as to practicality.

The film’s hero, in climax, endures a 24-hour Senate filibuster over a land grab to reaffirm the American ideals of freedom while disclosing the true motives of the greed scheme, yet none of the senators are convinced.

Is this the end of the American Founders’ hopes? Is the nation no longer a beacon for the world, lost in favoritism for the rich and powerful?

When all seems hopeless, the chief Senate wheeler-dealer, Joseph Paine (Claude Rains) realizes his guilt and affirms to all Smith’s true, unselfish nature. The bumpkin is, in his seeming naiveté, the inherent goodness of man, the hope of it anyway.

That was 79 years ago, in a fictional U.S. Senate. There was, as now, wrongdoing and special interest benefitting individuals and groups rather than the ordinary citizen. There were rigged votes. There were lemming-like politicians willing to be told untruths and to uphold same to stay in the club. Most of all, there were those few like Jefferson Smith, those fertile seeds in an arid wasteland of diverted moisture and nutrition, who articulated in 24 hours of growing hoarseness the values of decency to which we in America aspire even as we stumble so very greatly. It was 1939. It was fiction.

2 thoughts on “KEEP THE WATCH”