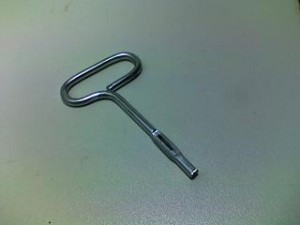 “Less is More” is often a clever marketing move to make you believe the downsized product you pay dearly for actually delivers as promised. The real truth may be that the deal is a three-card Monty ploy.

For example, the coffee bags I pull apart in a local food program are marked 11.5 ounces, not the 16 ounces on the tins I would open for my mother some — quite a few — years ago. Yet the TV ad blitz would have you believe that though there is less coffee, the “vacuum packing,” or the “flavor roasting” or perhaps the deep search on foot into the Andes for the “just-right” beans means that you don’t need  a pound of coffee. About 28 percent less is OK. Just buy four-ounce cups.

Well, it’s buyer beware anyway,  and in this ever-more-jaundiced age of un-stellar politicos, we don’t believe much anyway.

The coffee I take out of the plastic bags is missing more than product. There’s no strong coffee fragrance, that intoxicating aroma released when you used a special key to open the old tins. The key was soldered to the bottom of the can. You pried it loose and pulled up the sealing tag on the lid of the coffee tin, inserted it into the key and twisted — and twisted — until you had the top off. When you first began the twist, not only did the aroma erupt, but it came forth with a big “swoosh!”

You may have been just 10 or 12 and not yet a coffee drinker, but it was like having that morning java,  the best shot of the day.

The argument would be made that most of us are now too busy  to pull off a key and slowly release a tin lid. There is no cellphone “app” for that on our smartphones, and maybe all that scrolled-up metal is  a sharp hazard for the recyclers.

But back when a parent came home from the weekly shopping, and a somewhat bored youngster looked forward to not only the weekly ration of lemon cookies but the finding of a tin key and the opening of a hefty one-pound can of Maxwell House coffee, complete with a whoosh! and aroma, there was on need for an app for anything.

The writer is a retired newspaperman who can be reached via ahgunther@yahoo.com.

2 thoughts on “KEY TO A MEMORY”