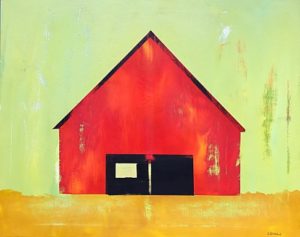 Thirty or so modest houses around a Pond called Beaver were more than just structure to the people within and about the meadows, the hills, the great quiet that is both rural and America.

Hardscrabble perhaps, basic, but life as sure as is the sunrise, sunset and all that is in between. The nights brought crickets, wolves, critters to their world.

Then “progress” came, and though it took several pre-war decades, Sandyfield was no more, Beaver Pond damned for  216 acres of beach, picnic tables and a massive parking lot for other Americans, urban dwellers seeking respite from city heat. Sandyfield, N.Y.,  a 1760 hamlet, became Lake Welch, part of the Palisades Interstate Park system.

American history gives and it takes. From Native Americans to African slaves to immigrants to poor and rich, to north, south, east and west, to opportunity and slammed doors, America is “progress,” manifest destiny.

And the full story is yet to be writ.