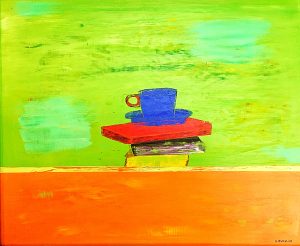 It is tea time in America, whether that is your favored beverage or not. The Irish, the English know that troubled moments are best navigated with a spot of the brew, and now is our need.
So, metaphorically, let us sit a spell. It need not be 3 p.m. Indeed, it is already high noon in our nation.
In his last State of the Union address, President Franklin D. Roosevelt said on Jan. 11, 1944, just months before the great invasion of Europe would extinguish the long horror of tyranny, that “People who are hungry and out of a job are the stuff of which dictatorships are made.”
Ah, yes, and also the mojo for the 2016 presidential election in which too many long-lost Democrats never saw the poverty in West Virginia or how the closing of the local Walmart forced even more into depression when their only place to socialize was gone. Bernie knew that, Clinton did not. The liberal talk of a party of the people had never gone to the walk. People were still jobless, poor, without hope, largely white and so very ripe for the false promises of the Republicans.
Perhaps the GOP’s old moderates could have led the “people who are hungry and out of a job …” to freshly fertilized pasture and its hope, but they are as neutered as liberal Democrats.
In his address, FDR said, “This Republic had its beginning, and grew to its present strength, under the protection of certain inalienable political rights—among them the right of free speech, free press, free worship, trial by jury, freedom from unreasonable searches and seizures. They were our rights to life and liberty. As our nation has grown in size and stature, however—as our industrial economy expanded—these political rights proved inadequate to assure us equality in the pursuit of happiness. We have come to a clear realization of the fact that true individual freedom cannot exist without economic security and independence. …”
The president, in a time when that title was revered, was advocating a Second Bill of Rights to ensure jobs, food, clothing and leisure “with enough income to support them”; farmer’s rights; freedom from monopolies; good housing; medical care; and education.
What FDR did not anticipate was the growth of special-interest money, now legalized to sway elections, nor the inherently anti-democratic military/industrial complex whose profits are fed by war not peace.
So, it is tea time in America, and while the poor, good American from West Virginia or the out-of-work, college-educated businessperson or the 56-year-old laid-off factory worker or the children of promise in urban poverty, or children anywhere in America (for they are all of promise) have a tough day most days while government fiddles and even grossly insults, there is a place at the kitchen table for them.
FDR sought to protect them — all of us — from another Great Depression. He tried to prevent more war and the dictatorships that build on the down and out, but his Second Bill of Rights proposal died with him. No one since has successfully picked up the standard without being knocked down by special interest.
Tea may not prove enough to get through this darkness, but it will make the good people — and they are most of us — feel better as we hope for a national reset.