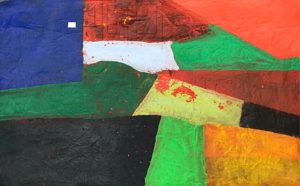 The flag of the United States of America is a sacred cloth consisting of a field of 13 equal horizontal stripes of red alternating with white, with a blue rectangle or “canton” proclaiming (since 1960) 50 states. The stripes recognize the original British colonies that declared independence. The flag is a bold and dynamic statement that conjures up images of sacrifice, pride and patriotism as well as protest as inimitable to the republic as was the Boston Tea Party.

Indeed, no American flag could have been raised on Mt. Suribachi, Iwo Jima, World War II if it did not represent both unity in cause and difference of opinion. We are all one, and we also are free to be independent, as per the rights of humankind.

As Lincoln said, “America will never be destroyed from the outside. If we falter and lose our freedoms, it will be because we destroyed ourselves.” It is our differences, and the tolerance of such, that grow the national family. We can walk hand-in-hand as different people.

If you were to take the red, white and blue of our American flag heritage and add the God-given hues of the original dispersed, displaced Native Americans, the original enslaved African Americans who gave the South its economy, the original Chinese and other Asians who built our railroads, the original Sicilians and other Italians and the original Russian and other Jews who crafted the garment industry, the original Latinos who populated and grew Texas, California and elsewhere, the original people this and original people that — if we took all these and added them to the whites who landed at Plymouth Rock and those in our manifest destiny — the Germans, the Irish, the Swedes, the French, the whoever, what a flag of color that would be. And it is.

We have long added those colors; we have been doing so every day since the beginning of a unique nation born in both dissent and union. Our flag  is that of constantly gathered humanity in the republic, a sheltering, protective cloth of many colors.