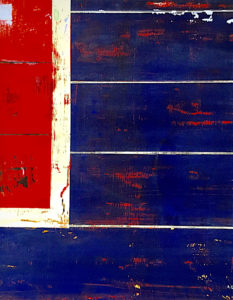 TAPPAN, N.Y. – “When in the course of human events” begins the document crafted for July 4, 1776, a federal holiday now recognized as Independence Day. That the American Experiment has barely begun is as obvious as fireworks. As explosive too.

This particular area of the nation that I write from gave birth to the Declaration of Independence in the Orangetown Resolutions posted two years before – to the day – on July 4, 1774. Those were the first organized stirrings protesting the extent of the British Crown’s claimed, over-reaching authority.

Now, 245 years after 1776, on a day that is beach-going, includes parades, fireworks and, yes, the jingoism that is the politicians’ ever delight, the American Experiment which included the mission statement “that all men are created equal, that they are endowed by their Creator with certain unalienable rights, that among these are Life, Liberty and the pursuit of Happiness …” is yet to flower in a field open to all. All are not equal. Many are kept from being so.

The poor are not free from economic shackles held tight by greed and uncaring; minorities are largely unable to climb the ladder of progress; so many children face a life of under-education, crime and prejudice; there is yet no fair system of immigration that recognizes the many nationalities which built – and build – the nation; Native Americans who were herded onto reservations in our claimed manifest destiny are owed reaffirming recognition; the middle class, so vibrant that post-war it grew exponentially and brought the stability of home ownership is shrinking; gender facts of life become prejudice labels; forgotten factory workers, small farmers and salt-of-the-earth folk are manipulated into fear by political agenda that would never give them their due nor a roof over their heads.

All this and more await address and redress in the American Experiment. Yet the country, this America, this USA, has the potential to work magic, as has happened, to provide opportunity, to pay it forward.

Note July 4 for its still-unfulfilled possibilities. Continue the experiment.